Senior Leader with a Servant's heart and Passion for People

Dr. Terry Wayne Brooks, affectionately known as “Pastor T,” is one of the fastest rising influential spiritual leaders in southern California, serving as the Senior Pastor of the Bayview Church of San Diego, the largest predominantly African American congregation in the City.

As son of the Pastor, the late Dr. Cato Brooks, Jr., Pastor T was licensed to preach on August 17, 1980 and ordained on June 17, 1990. From a full-scholarship football player of Texas Southern University to being called to pastor in 1994, Pastor T pursues God and His people with passion and purpose.

In 2008, he graduated from Faith Evangelical Seminary in Tacoma, Washington with a Bachelor of Arts in Religion, following his two-year attendance at Baptist Bible College in Indianapolis, Indiana. In October 2013, he earned the Master of Theological Studies degree with a New Testament concentration. In 2019, Pastor T also received an honorary doctorate from the Next Dimension University of Los Angeles, California.

Since becoming Senior Leader of the Bayview Church on July 1, 2013, Pastor T’s passion for a Christ-centered lifestyle, community reform, personal development and Godly relationships has infiltrated every aspect of his ministry.

In his tenure, Pastor T has ignited the city and surrounding areas by forging a relationship between the church and the community through the development and cultivation of various programs and resources such as SOS, an annual mission-driven project to provide aid to and spot light the City’s growing epidemic of homelessness in the downtown area; #iChooseLife Leadership Development & Mentorship Program, which provides year-round support and opportunities for youth leaders to serve their community and acquire basic life skills; Reclaim Initiative, which encourages members of the surrounding community to take a vested interest in standing against police brutality, racial injustices and human trafficking. Subsequently, he has also formed partnerships with groups such as Paving Great Futures to enlighten and address issues of sex trafficking in San Diego County.

In 2018, after being influenced by Pastor Rick Warren and the Saddleback Church, Pastor T instituted the development of The DailyBread Marketplace, which functions in the church as a free grocery store. Additionally, he led a room transformation project for Bayview’s Christian Closet Boutique, a beautiful clothing outreach facility which allows those in need to receive clothing in comfort and dignity.

Under Pastor T’s leadership, Bayview has experienced a phenomenal 31% growth spurt, magnetizing national attention, including the world-renowned Outreach Magazine, which listed Bayview in its’ 2018 list of the Top 100 Fastest Growing Churches in America.

With the effects of his leadership and love for spiritually uplifting music being felt across the city, he was also voted as Pastor of the Year by the San Diego Prestige Awards, which annually celebrates and awards the most influential gospel artists in San Diego. Pastor T has also provided support and guidance to other individuals and ministries throughout the United States, including being the spiritual overseer of national recording artist Malcolm Williams and Great Faith. In 2019, Bayview Church released its first gospel album with national-recording artist, Dwayne Woods as Director and Pastor T as Executive Producer.

As an astute theological preacher, teacher and lecturer of God’s Word, Pastor T has become one of the most sought-after ministers throughout the nation. He has faithfully used his platform in progressive and barrier-breaking ways from speaking out against racial and economic injustices at San Diego City Hall and hosting community talks about the issues plaguing this and the next generations to starting his own Ministers in Training Academy for new ministers as well as developing spiritual and physical fitness programs such as the 30 Days to Live campaign. His wide range of talent and unrelenting pursuit of being a better follower of Christ has permeated the nation. He inherently understands that love, above all else, is the single most valuable purpose of the church and continues to strive for world transformation one member at a time.

To all his duties as a Minister of the Gospel of Jesus Christ, Pastor T lovingly serves his family as a devoted husband to his wife Monique and father to their sons Jordan and Amarion. 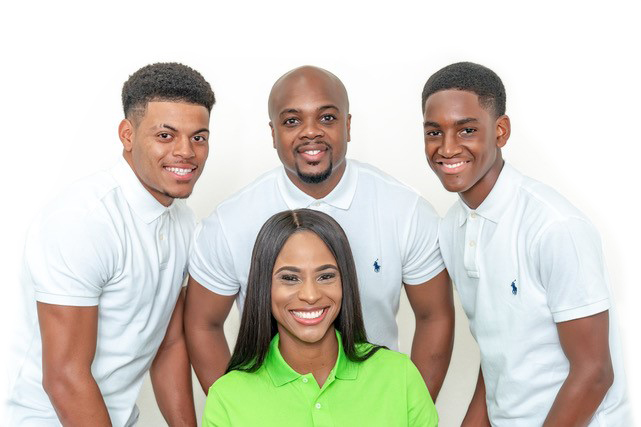